Angelena Bonet is a warrior in the fight to end violence against women. With a fierce commitment to helping victims heal, and take back their life, she brings to bear a multitude of talents, wisdom and personal experience. Violence and tragedy are not strangers to Angelena. In 2007, the love of her life and her fiancé, suddenly and unexpectedly passed away. In 2012, Angelena was the victim of a violent crime in her homeland. She was kidnapped, gang raped and miraculously survived the attempted murder, which was

orchestrated by someone that she knew and trusted. Only from the depths of her despair and darkest days has she truly found her voice and the courage to share about her experiences and to speak out about issues generally swept under the carpet by society. Angelena has multiple outlets for her commitment to supporting non-violence and health recovery. She sends a powerful message of self-love and healing through her documentary films as well as her singing, songwriting and public speaking engagements. Based on her life experiences and connections with people from all walks of life, Angelena tells us “it is crystal clear to me that love and forgiveness really are the keys. They can and do conquer all”. From Australian supermodel to multi-award winning singer/songwriter, documentary filmmaker and humanitarian, her message is one of peace, love and unity.

Born in Australia as Elena Louise Bennett, Angelena describes her evolution in life as the growth from Elli Bennett, world class supermodel to Angelena Bonet, activist, spokesperson, singer and journalist. She is dedicated to stopping the silent epidemic of abuse and to helping others rise above their pain and adversity by making their voices heard. As a commercial model Elli (Angelena) worked extensively worldwide with billboards in New York City and throughout Australia where she was named "Australian Supermodel". Elli was featured on the cover of the three biggest selling issues of "Inside Sport"

Magazine, including the Olympics issues and as covergirl for the Sportsmodel of the Year issue. Featured on billboards for brands such as Panasonic and Anabella Lingerie, she modeled for Elle MacPherson's Intimate Apparel range and was featured in TV commercials for 2 Day FM, radio, McDonald's and Pepsi among others. As a performer and entertainer for 20 years, highlights of Elli's work includes JAG, Ghostly Encounters , My Husband My Killer and the role of Robyn for two years on the Australian soap opera Breakers (which aired in more than 50 countries). She also played the lead in Canadian rock band Silverstein's film clip American Dream and was a featured host for NBC's film festival series and The FIFA World Cup Show. Elli was a judge for the Miss USA and Miss Teen USA Pageants, was interviewed and co-hosted numerous times on The D'Anise Show (Toronto) and has worked with Jay Leno warming up audiences for The Tonight Show in L.os Angeles.

After modeling in Europe, Elli began putting more energy into her music, and creating her unique sound while living in Kings Cross, Sydney. Then her fiancé of three days unexpectedly passed away. in 2007, During her recovery from her devastating loss, she traveled to work in the US and Canada and decided to settle in her new home of Toronto.

While visiting Australia in May 2012, Angelena was kidnapped, gang raped and miraculously survived attempted murder. She suffered PTSD as a consequence but was determined to make it through the pain. She took much needed time away from the limelight to heal and then officially retired from modeling. In what she defines as a 'rebirth', she emerged as Angelena (a combination of her confirmation name,

Angela, with her given name Elena). She describes the last ten years as the most excruciating yet transformative time in her life where she has found her voice and purpose. She has dedicated her life to working for the end of violence against women and to easing others' pain through her work. She says “it is about turning tragic into magic!”

From "Elena" to "Angelena"

Angelena has created Crystal Heart Foundation and aligned herself with multiple non-profit organizations. She is an official volunteer blogger for Oxfam Australia and currently a member of the RAINN Org Speakers Bureau in Washington DC, USA. She is a global Women's Rights activist lending her voice to the #MeToo campaign, V Day One Billion Rising global movement. United State of Women where she interviewed President Barack Obama's Women's Rights advisor, Tina Tchen, at the Canadian Women's Foundation Annual

Breakfast last November. She was also an invited guest for Amnesty International's Women's Leadership Awards in Sydney and the launch of their Stop Torture Campaign. Angelena served as Ambassador for World Mental Health Day in 2013 and was a speaker for the R U Ok Day Suicide Prevention Initiative for teens. Her documentary feature films Angelena: Change The World, Angelena: Heart Of The Matter and her documentary short film Change The World have won 3 Awards and received 15 official selections thus far on the international film festival circuit, including awards for Best Original Song (Tragic Fairytale) and Best Music Video for Change The World which she co-wrote with her late fiancé. Her transparency and courage to speak out, not only for the injustice she has experienced but for all victims makes her a force to be reckoned with and an elegant role model for women and men alike. Angelena not only produced, directed and edited her documentary feature films in their entirety but she also co-wrote the original music score with her late fiancé, Erick Deeby. She has turned her two horrific tragedies into magic by creating art and speaking out. She cites love and forgiveness as the key that sets us free. Her documentary feature 'Angelena: Change The World' is now available on Vimeo On Demand and her original soundtrack album is now available on iTunes and Amazon. 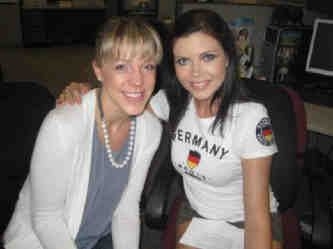 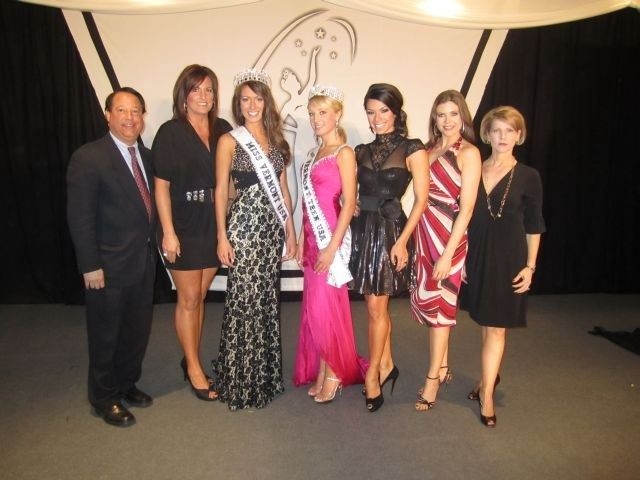